A staple of coffee brewing 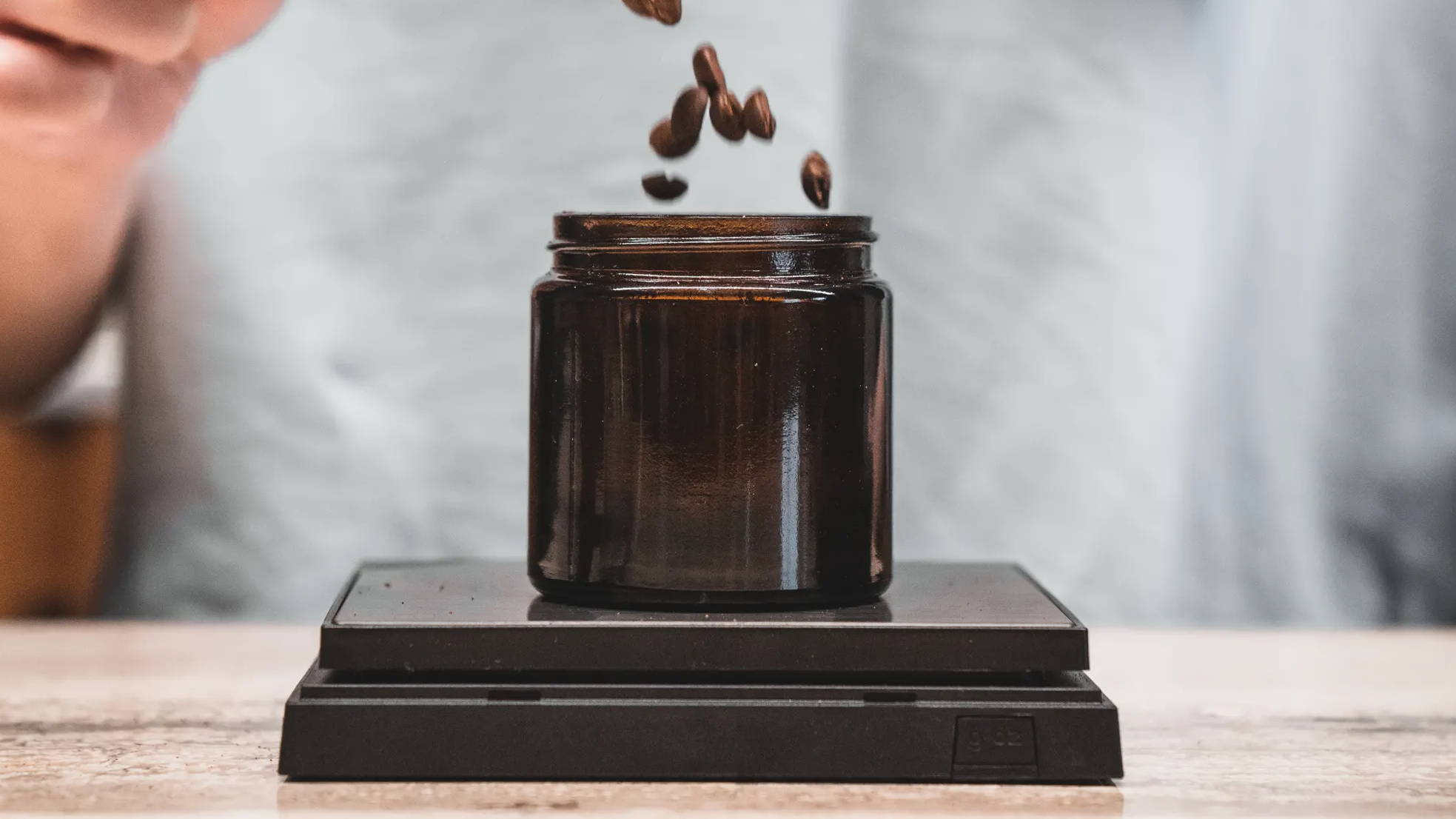 Among the fundamental equipment for brewing coffee at home, the combination of a gooseneck kettle and a dripper is a common starting point, with grinders being the next item that people look towards.

While many understand the importance of being able to control the flow of our water pouring, as well as the amazing flavours that can come from freshly ground beans, those efforts will be for naught without a weighing scale.

A good weighing scale enables us to make consistent and replicable brews by ensuring that we get the right dose, brew ratio, and brewing time.

Different coffee beans have different densities. The coffee scoops that we are used to having, while often being able to measure out similar volumes of beans, may, in fact, represent a varying range of coffee bean weights. To demonstrate the effect of density on volume, we weighed out 20g samples of two of our coffees: a typical filter roast from Finca La Esperanza in Colombia, grown at an altitude of 1,800 metres above sea level (masl); and our slightly darker roasted espresso blend Glow In The Dark, grown at altitudes of 1,100 to 1,600masl.

For the same 20g of beans, we can see that the volume between the two coffee beans differs by approximately 20% due to differences in density. 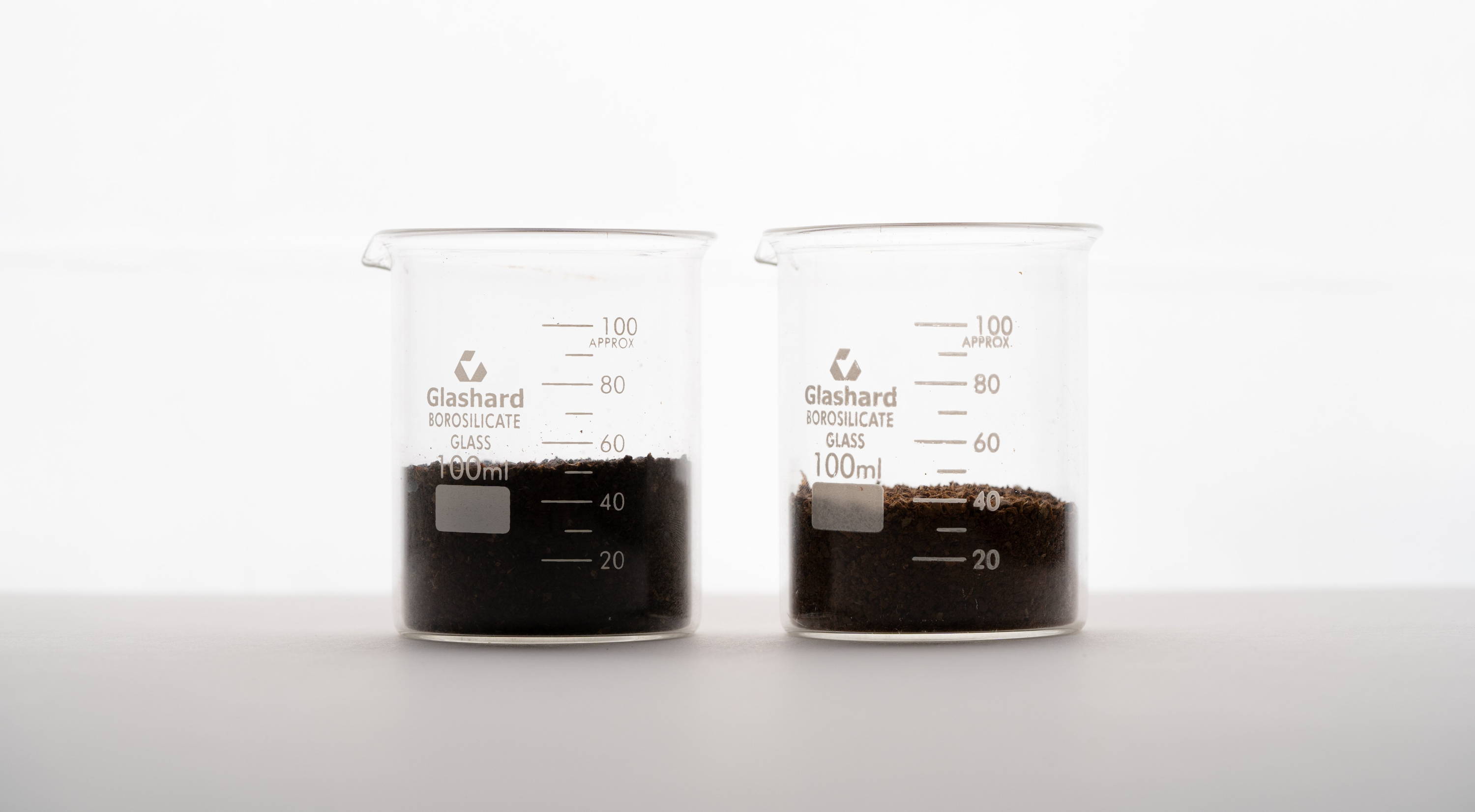 Differences in density can arise from many reasons: firstly, green coffees are often denser when grown at higher altitudes; secondly, more moisture is lost from green coffee beans when they are subjected to longer development time in a darker roast. 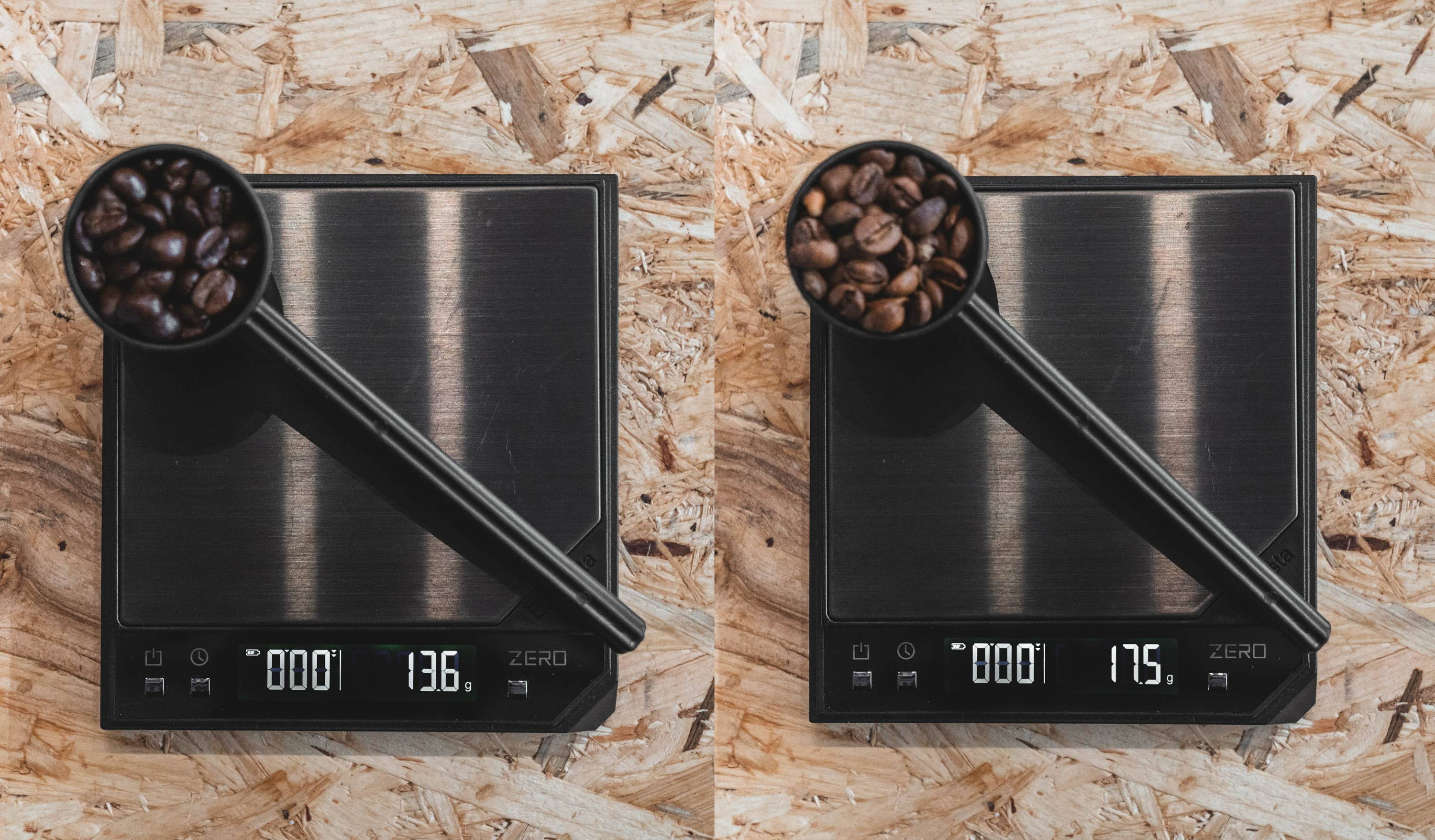 Measuring water input is an important metric to ensure consistency. A key attribute used in brewing is the brew ratio, or the amount of water added per gram of coffee. While an acute perception, coupled with lots of practice, can allow one to pour relatively consistent volumes of water, it would be almost impossible to replicate the exact amount of water used across brews without the use of a weighing scale.

With the weighing scale, we are also able to adapt and alter brew ratios, providing greater adaptability and control to brewing. For example, some baristas utilise a slightly longer brew ratio (such as 1:16) to convey the structured profile of a coffee in a clear and easy-to-drink cup, while baristas who prefer a more intense and heavy coffee might elect to use a shorter brew ratio.

At the same grind size, the flow of water through coffee grounds may vary across brews. A darker roasted bean is more brittle and leads to more fines when grinding, which prolongs brew time; a quicker flow rate when pouring, coupled with agitation cuts it short.

For one that is familiar with his/her brewing method, the general brew time can serve as a guide for consistency, in addition to gauging the extraction of the brew. In general, a coffee brewed over an extended period would have had undergone more extraction through the immersion of the water in the coffee bed, while a coffee that is brewed too quickly would possibly have had less immersion extraction taking place.

Today, weighing scales come in all colors, sizes, and prices, and deciding which scale to purchase is often a matter of finding the most suitable scale within one’s price range that suits the aesthetic of their home set up.

- Sensitive to changes in weight to ~0.1g accuracies
- Able to record the time elapsed
- Water resistant to ensure durability

Each bag of coffee is a new brewing experience that requires adaption to bring out individual qualities. To be able to make the right adjustments, we must first be able to ensure consistency across brews, which would not be possible without the humble and unassuming weighing scale.