A new frontier of coffee varietals 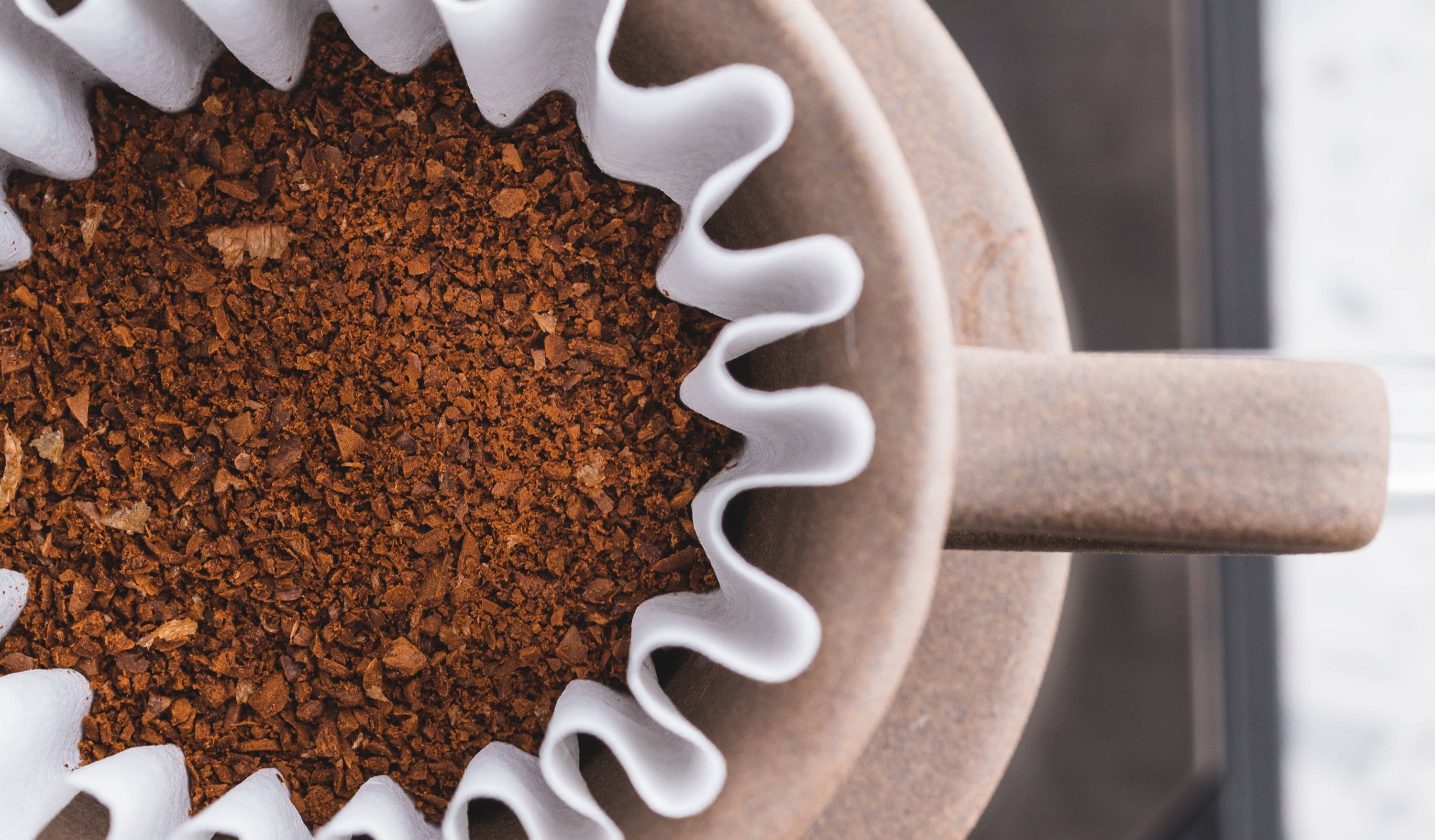 The cultivation of coffee plants today is fraught with many challenges – diseases, pests, unpredictable weather conditions, and the ever-looming threat of climate change.

Central to many of these key concerns is a crop’s genetic diversity. Across the varieties of coffee produced today in the specialty coffee industry, the genetic diversity of coffea arabica is astonishingly low, even when compared to that of other crop species. Practically, this means that diseases that a particular coffee plant is vulnerable to are also likely to be able to affect other coffee plants with similar genetic makeup.

A potential answer for many of these problems comes in the form of hybridisation. There are many types of genetic cross hybridisation – some happen naturally over time in the wild, while others are artificially induced in farms and labs. The F1 Hybrid is one of the types of outcomes from the artificial hybridisation process, and the one that is of interest to coffee researchers and producers globally.

Filial 1 Hybrids, also commonly known as F1 Hybrids, is the first generation of offspring that come from two distinct plant varieties of parent types that are genetically vastly different from each other. The first generation of offspring typically takes half of its genomes from each parent, and theoretically can be bred to obtain desired characteristics from both parents.

The process of hybridisation is valued for the result of heterosis, or hybrid vigour, in its plants – the fact that more seedlings survive the initial stages of growth and develop into large and healthy coffee plants. F1 Hybrids are also true-to-type, where plants grown from its seeds are predictable and uniform. These hybrids are also often bred in an attempt to inherit specific characteristics from each parent plant.

However, a peculiar trait of F1 Hybrids is the fact that they are often sterile, or if not, the Filial 2 Hybrid (F2 Hybrid) seeds that are produced from F1 Hybrids are often inconsistent with widely varying results.

The application of F1 Hybridisation in coffee plants is especially relevant in regard to the challenging conditions of growing coffee plants today. In 2018, World Coffee Research warned that the resistance to coffee leaf rust, one of the major diseases afflicting coffee plants, is likely to break down completely within a decade.

F1 Hybrids have been shown to produce positive results of receiving parent attributes such as coffee leaf rust resistance and increased hardiness. The F1 Hybrid varietals of Centroamericano and Starmaya are able to combine the excellent cup quality of one of its parent plants, together with the hardiness and resistance to coffee diseases of the other, to create a high-yielding coffee plant that is of equally as high-quality as its parents. 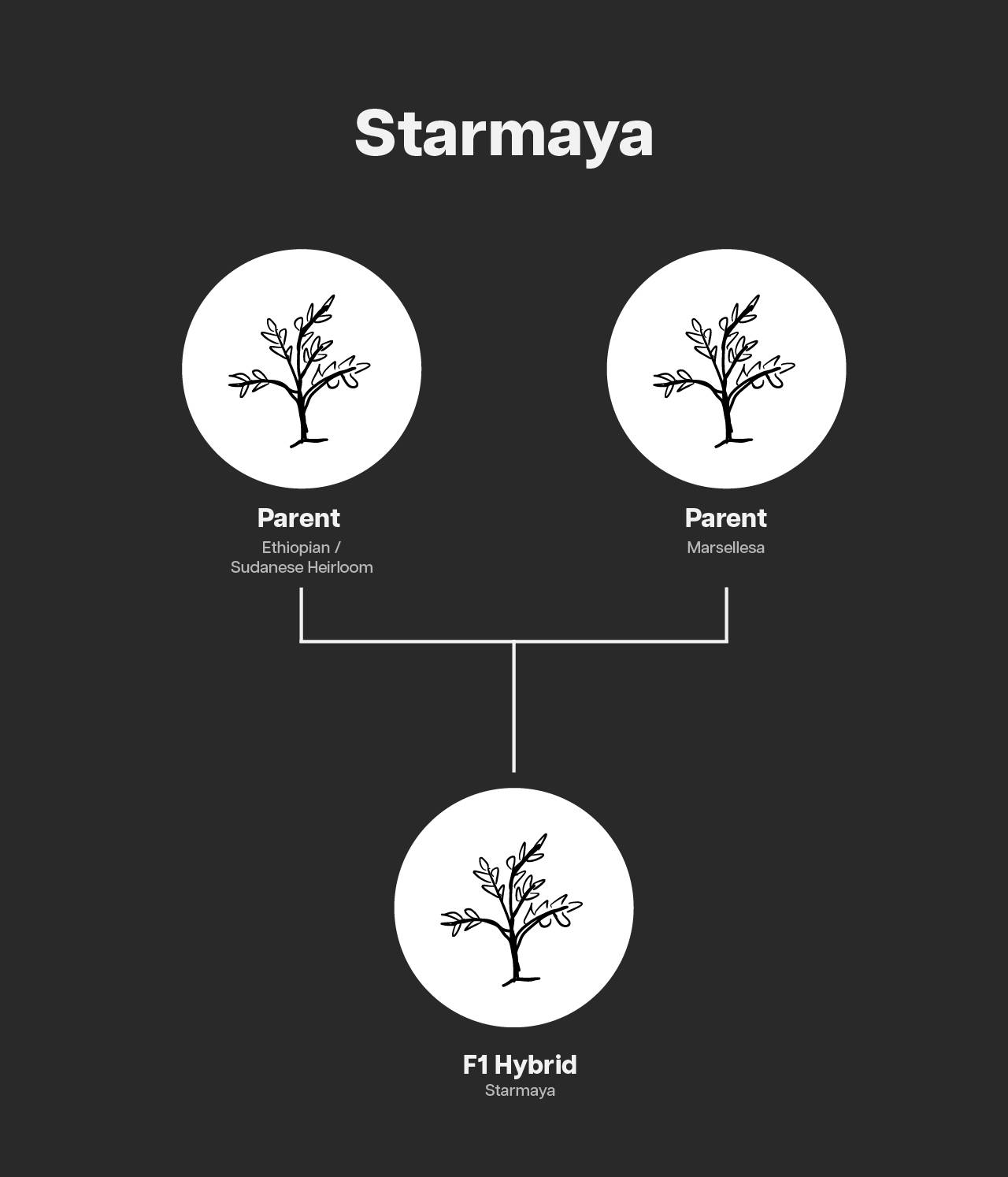 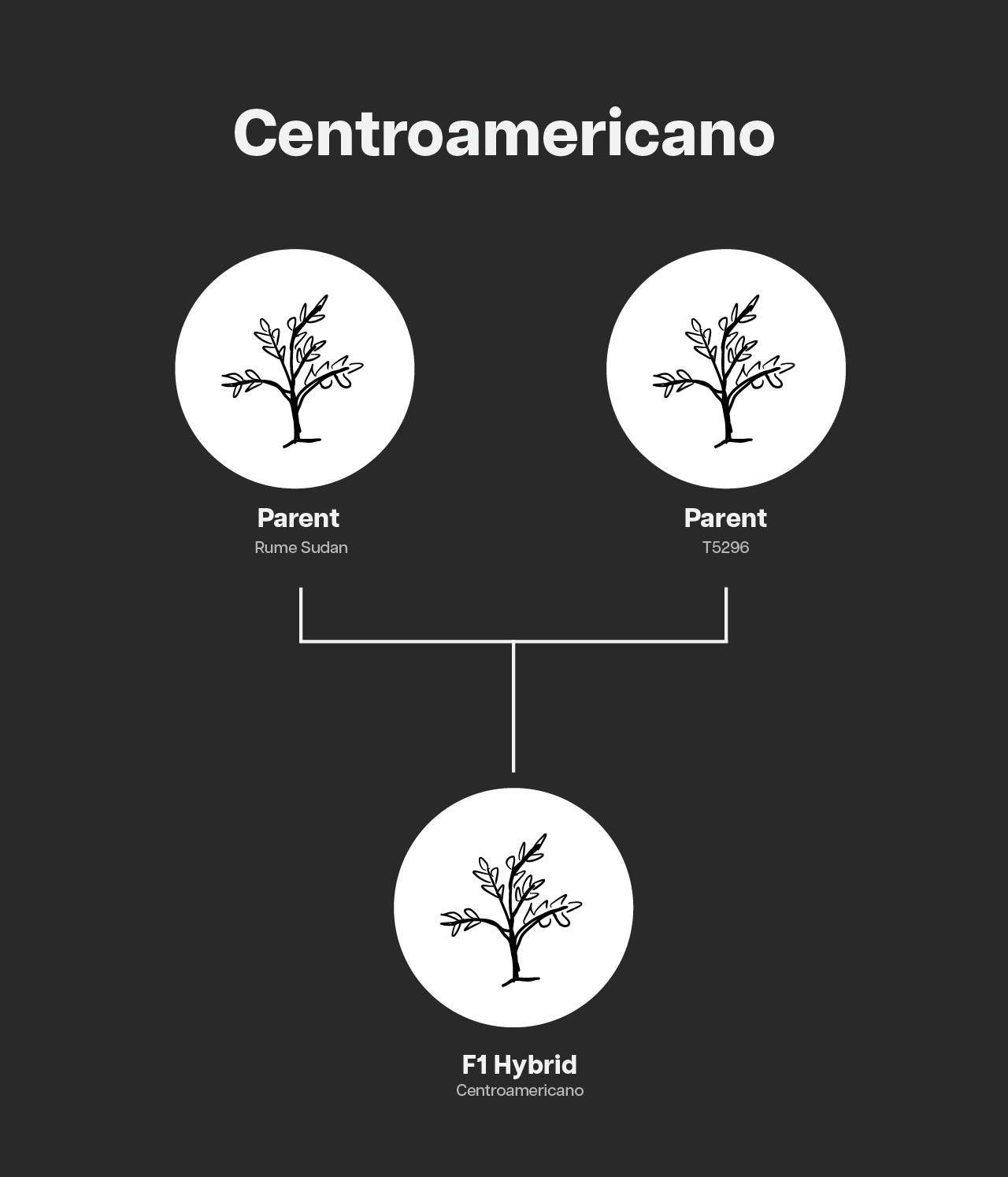 In fact, a crop of Centroamericano grown by Gonzalo Adán Castillo Moreno of Las Promesas de San Bla yielded a score of 90 out of 100 in the 2017 Nicaragua Cup of Excellence competition, a landmark statement for the quality potential of F1 Hybrids.

As the development of F1 Hybrids in the coffee industry is relatively new, only starting in 2015, F1 Hybrid coffee plants are still not commonly found among coffee producers. Even as the interest in F1 Hybrids continues to grow, developmental time is necessary to nurture and select the right candidates from a pool of potential coffee plants. As such, crops of F1 Hybrid coffees that are available may seem few and far between, but that is only because the research work is currently still ongoing, and these hybrid varietals have not yet reached mass coffee production.

Assessing the benefits of F1 Hybrids in coffee

Among producers and consumers alike, there are still existing concerns regarding F1 Hybrids. The lack of reproducibility of the plants is a key concern, as a new crop needs to be planted as it cannot be grown off from the old. However, the potential financial impact of this is more or less tampered down in the context of coffee, where each plant is expected to be able to bear fruit for about a period of 15-20 years. As such, farmers do not need to replace coffee crops as often as they would with annual crops.

F1 Hybrids also benefit from a lower development time. Conventional hybridisation undergoes a process of pure-line selection, which involves selecting and breeding progeny from superior organisms for a number of generations until a pure line of organisms with only the desired characteristics has been established, which is further exacerbated by the 2-3 years required for a coffee plant to mature and bear fruit. This means that it would usually take over 20 years from its first inception for a coffee varietal to be able to be ready to reach the consumers.

With F1 Hybrids, the finalisation of the process can be completed within 1-2 years, allowing for constant evaluation and addressing of potential new issues in the current industry.

The other detriment of F1 Hybrids is the cost of the trees. In regard to this matter, potential cost can also be reduced by the new innovation of F1 Hybrid production through seeds instead of the existing in-vitro fertilisation method, as is the case with the Starmaya, which can reportedly reduce production costs by half.

The main concerns that come with F1 Hybrids are well considered for in the case of coffee plants, and we believe that the usage of F1 Hybrids for coffee plants is a perfect match, as many of the downsides are countered by the long-lasting nature of coffee cherry production, and new innovation in F1 Hybrids that can help to reduce costs.

With continual quality evaluation of existing hybrids, a new generation of locally adapted selections of F1 Hybrids is slated for release to farmers in Central America and Africa by 2025, and from there, one can expect to see an increasing number of F1 hybrid coffee crops in the following years as these coffee plants begin to bear fruit.

With F1 Hybrids, there is much room for potential improvement in flavour profile and crop production quality and quantity through the hybridisation of new varietals, and this future just cannot come fast enough for us.